Over the past few weeks, women athletes have been in the news. And it’s a great thing. I entered high school a year after the Title IX educational amendment became law. The education system was still trying to figure out how to implement the new mandate. So I did not benefit from Title IX in the same way that I did with civil rights. I’m thrilled that the next generation of women athletes have been able to take advantage of the law. 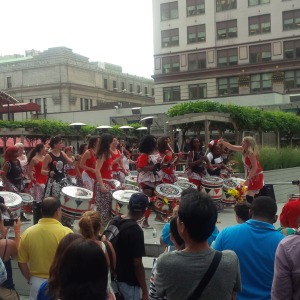 And that’s the snip!

Honoring the forgotten horsewomen throughout history

LET ME BE FRANK

Fun, unusual and forgotten designations on our calendar.

Things that make me go hmm...

My great Wordpress blog
The Workshop

a community for emerging writers

All the reasons I won't get elected to the US Congress

a blog about culture, religion, gender, and academic life

Books, Ideas, and Literary Culture for Women in Military Life

An intersect of Art and Authors

Olympic sports news from around the globe.

Sous chef exploring the food culture in NYC...and beyond!